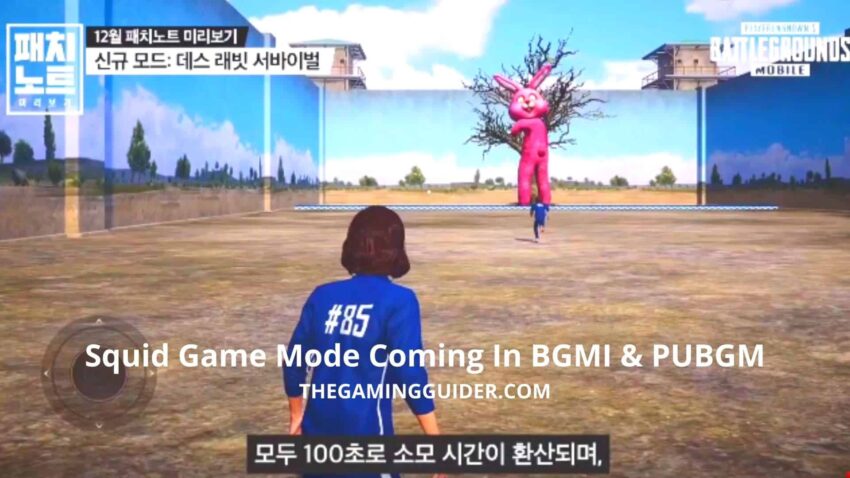 You must have seen the squid game series, if all of you have not seen it, then watch it. Will be available on Netflix. The squid game is about to come inside the BGMI. The arcade mode in BGMI will be seen in the game on 20th December 2021. And you can also play this mode with your friends. You can also play by creating a separate room card in it. Its room creates in 1 to 100 players are joined at a time. All Players will be Solo. can have fun. Squid Game Mode Coming In BGMI & PUBGM

Inside this mode, you will see a big pink colored bunny. And the music of squid gameplays. And whenever the music stops and when someone moves, it will shoot from the sniper tower around the bunny and the player will be killed. So Basically is a game with Green Light Red Light. So it’s going to be a lot of fun playing it.

This interface will be visible to 20 Dec. We will get this game. Only in arcade mode. All Players will be dressed in blue color and all will also have a number on the back. Like #85 #85 #94 #95 and so on.

And a timber will also play on the screen. And the player has to go across the line before that timber is zero. If you can’t go Then the bunny will turn around and you will get shot straight from the sniper tower above.

He has implemented the squid game inside the game, which is quite exciting. The player who follows the red and green lights correctly. as well as the music stops as soon as it stops. And keeps on moving forward. as well as crosses the line next to the bunny (character). then he will win the game. So, friends, there was a quick update. for you that the squid game is coming in the BGMI game. Squid Game Mode Coming In BGMI & PUBGM

If you want to know more information game then click here: The Gaming Guider