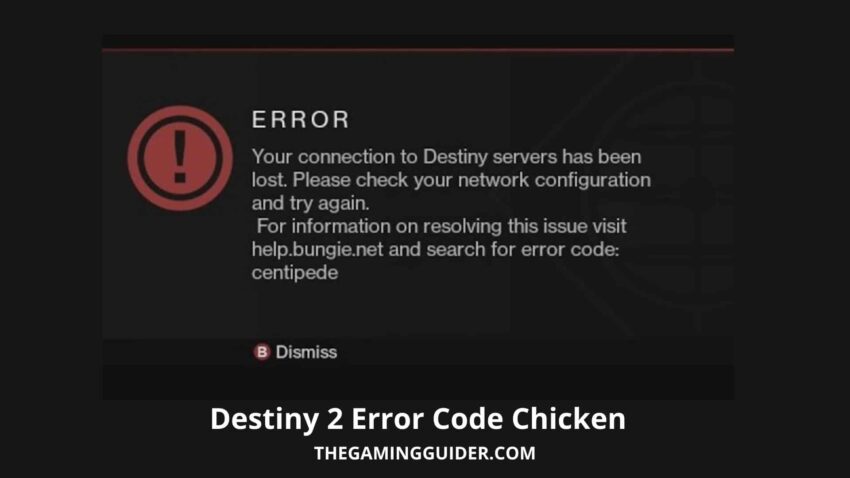 If you’ve been getting the Destiny 2 Error Code Chicken, it might be an issue that’s been bothering you for a few days. In comparison to other system and game faults, this one can linger for a little longer, preventing all aspiring Guardians from carrying out their duties.

This will inevitably affect your ability to access your character, and hence your ability to play the game. It appears that a handful of PC users have been seeing this issue, however, no official cause has been provided.

What should you do if you receive the Destiny 2 Chicken Error Code?

First, see whether a cable connection rather than a wireless one is an option. A wired connection gives you immediate internet access. Some wireless devices disconnect older devices from the internet when new ones connect, which might be causing your problems.

You might also try turning off and on your internet router. This resets it and may re-establish your connection. It’s a very typical repair for most internet providers, so you won’t be doing anything that an engineer wouldn’t. Check the provider’s website to see if there is a broader problem. If there is, there is little you can do to repair your connection, but at least you’ll know it’s not something else.

How To Fix Error

What is the cause of Bungie’s overcrowding?

The error notice indicates that more people are trying to log in than the servers can handle. Because there is an issue with Bungie’s side of the game, there isn’t much to do but wait until Bungie takes action or traffic decreases, allowing gamers to log in again.

The Destiny 2 Error Code Chicken indicates a problem with your internet connection. It usually occurs when you are having difficulties connecting to the Destiny 2 servers due to a problem on your end. If you want to know more information Destiny 2 game then click here: The Gaming Guider