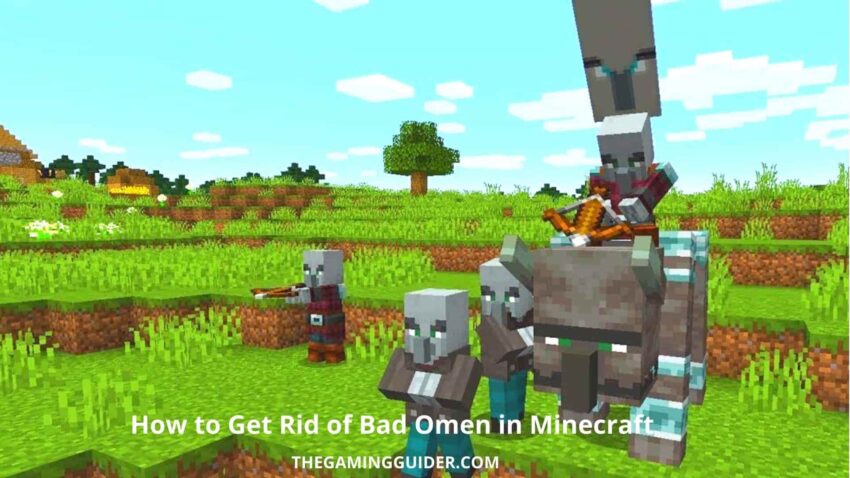 Minecraft players that beat an illager commander are rewarded with the status “Bad Omen.” Players who visit a village while under the influence of this status effect will be the targets of an attack on the settlement. Putting both themselves and the residents in jeopardy. Fortunately, a question arising that How to Get Rid of Bad Omen in Minecraft is a simple and uncomplicated technique.

How To Remove Bad Omen?

Players who have Bad Omen have to Drink milk or dying are the two simplest ways to get rid of Bad Omen in Minecraft.

Many players do not want to die they just want a bucket. Using buckets on them should give enough milk for the player to consume and erase the status condition.

If you’re going to die, make sure you’re in a position where you can get your stuff back fast. Since enabling hostile monsters to kill the player might be harmful to the item recovery attempt, it may be prudent to use a console command such as “/kill @s” that instantly kills the player.

Killing a Bad Omen in Minecraft has unintended consequences

When a player with the Bad Omen effect approaches a hamlet, a swarm of hostile monsters spawns and attacks. When the player takes down these enemies, they must be taken down to complete the Raid.

When a player kills an Illager Patrol, Illager outpost, or Illager Raid commander, the impact can endure up to 1 hour and 40 minutes.

In Minecraft, How Can You Put an End to a Raid?

How Can You Keep a Raider Out of Village?

A smart method is to wall off the village’s perimeter with a sturdy block, such as cobblestone or wood. Because there are no means for raiders to break solid blocks, they will be unable to infiltrate the wall and will be forced to path find around it.

On the Java Edition, there is just one major achievement player who kills a raid commander and an Illager outpost. Voluntary Exile is an accomplishment that cautions the player not to enter a town when the Bad Omen condition is current.

The Bad Omen status effect has such ramifications. Unlike most other effects obtained from potions and opponents, this is a one-of-a-kind state that occurs only at a certain moment and location.

How to Get Rid of Bad Omen in Minecraft is a one-of-a-kind technique to get rid of this harmful status impact. If you want to know more information MINECRAFT game then click here: The Gaming Guider