Make your leisure time happening with the game destiny 2

The passing decades have been crucial for the gaming industry. The evolution of the gaming scenario due to the arrival of the internet is remarkable. Tons of battle royal games are present in the game, but only a few of them are worth it. Developed by Bungie, Destiny 2 is an online multiplayer game, and the second series was officially released in 2017 on platforms like Xbox, PlayStation, and stream.

Below mentioned is a complete breakdown of the destiny 2

How to create a Guardian

The game consists of three guardians, and all of them have some specific personality. However, the three avatars are enormously powerful, and you can choose the character that suits you the best.

Guardians of the game are

The game consists of three enemies level: bosses, major, minor. Bosses have an orange health bar and are the most powerful amongst three; majors with a yellow health bar are slightly weaker than the bosses, minors are the lowest having a red health bar.

Similar to the enemy’s rank, the guns have three types: purple ammo (power), green ammo (special), white ammo (primary). Power guns consist of hand grenades, machine launchers many other firearms; these are some of the most powerful guns in the game that are enough to take down the Bosses in the game, whereas with special guns, players are allowed to encounter Majors, primary guns are best to takedown Minor having a red health bar.

Here is a pro tip for you, when you encounter enemies, every opponent has their weakness based on their shield color.

What does season refer to

Seasons are meant to offer you some great loot; every three months, there is a new battle pass added in the game, which you can avail for just 10$. by acquiring these royal passes, you will receive plenty of mythic items and other stuff that will enhance your guardian’s personality.

Crucible– Crucible is one of the most engaging multiplayer modes of the game; it renders you an opportunity to compete with your real-life or in-game companions.

Raids– Raid is one of the most complicated and exciting modes in destiny 2; this is player vs. computer mode. You need to accomplish some challenging tasks with clear-cut coordination with the fellow players.

Gambit– Gambit is a hybrid model of player vs. player and player vs. computer, the concept of this type is quite essential. 2, four-member squads compete with each other, and the team with higher kills grabs the champion title

Strikes– the notion and motion of the strike mode moves in the direction of every first-person shooting game. A trio team is allowed to complete few missions, and in the end, to win the way, the team has to take down bosses.

Summing up In a nutshell, the destiny two game offers you plenty of features and modes along with merrymaking excitement. The above mentioned is everything you need to know about the game, so what are you waiting for? Play this game and make your leisure time happening 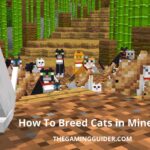 How To Breed Cats in Minecraft - QUICK & EASY GUIDE

How To Get Stonecutter In Minecraft - Surprising Drake 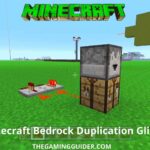 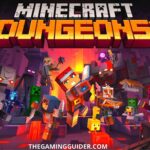