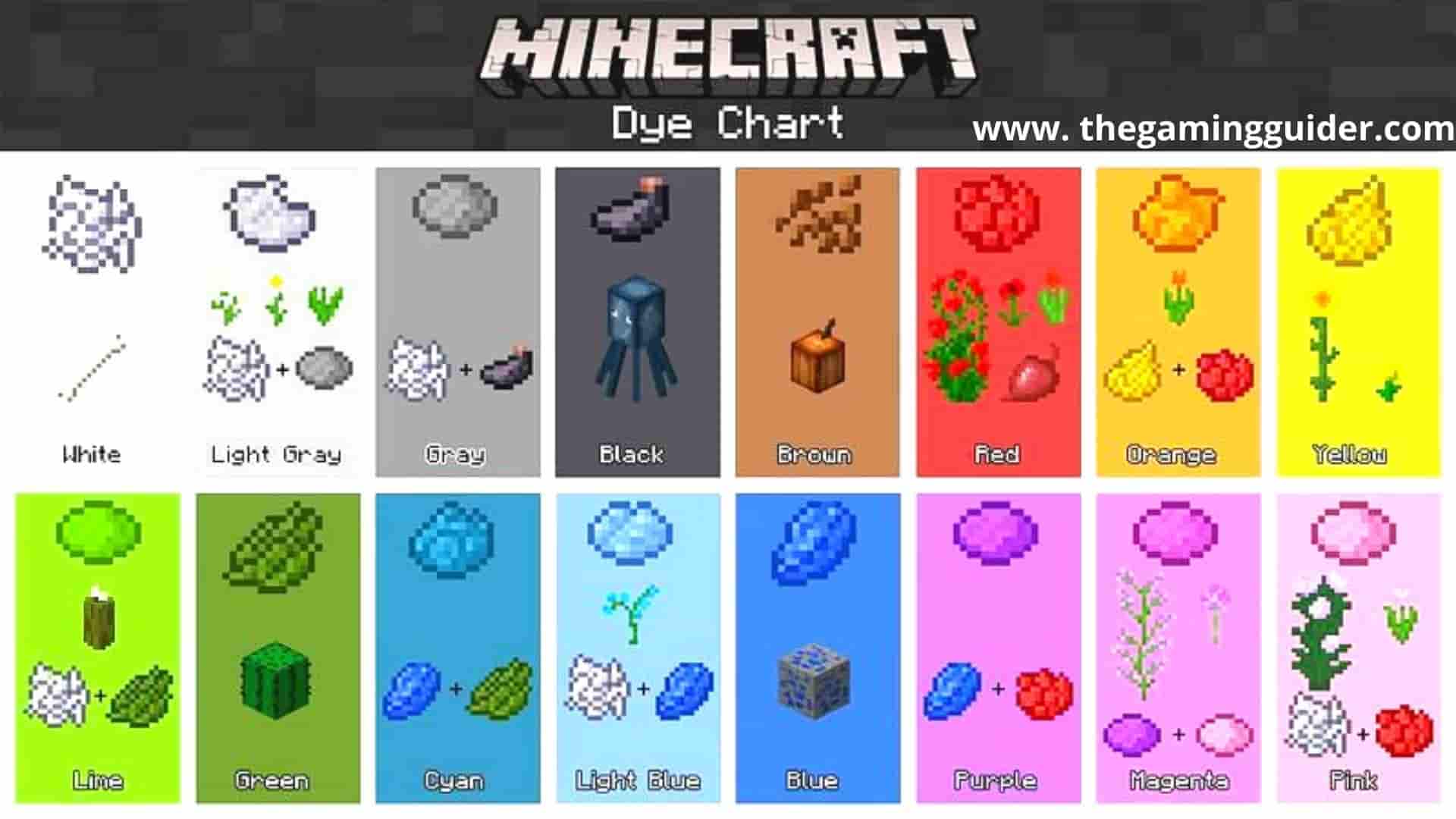 Minecraft is a game where the player will explore a blocky world. Here the one can make their world and have the choice to fight with the computer-controlled or they want to compete against the other player in the game. It includes a survival mode in which the player must obtain the resources to make the world and maintain health. Another mode is the creative mode, where the gamer has unlimited resources. Here, the player can adapt new gameplay items, assets, and mechanics. Minecraft Make your world with different Dyes.

Minecraft has been winning several awards and being the best video game all the time. It has several kinds of items and one of them is dyes. Dyes are used in-game to change the color of several things. All dyes in Minecraft are different to gain but each has some specialty. If the gamer needs to change the color of blocks which can be fit into their building then they can use a huge amount of dyes. It is a good thing to make familiarize you with different colors of dye. Through this one can be ensured about the building looks the same as they want.

How to get all dyes in Minecraft?

One can get the dyes through flowers. 7 colors are known as primary colors that can be used in making different shades of dye. The 5 colors can be made up of flowers like red, blue, yellow, black, and white.

If you want brown dye the gamer needs to collect cocoa beans which are grown in jungles.

To get green dye the gamer needs to smash cactus.

In the entire playing section, the gamer need to know the use of all dyes in Minecraft. Here are some uses:

Thus, these are all the basic information about the dyes in Minecraft. There is a dye that is found in the rare chance, it knows as brown as the gamer needs to put all the effort into the dye. However, in the entire game, there are a total of 16 dyes that perform a different task. You can use the dyes for coloring several things. It is the best thing if you will families with the different shades of dyes that can help you in building the thing you want.