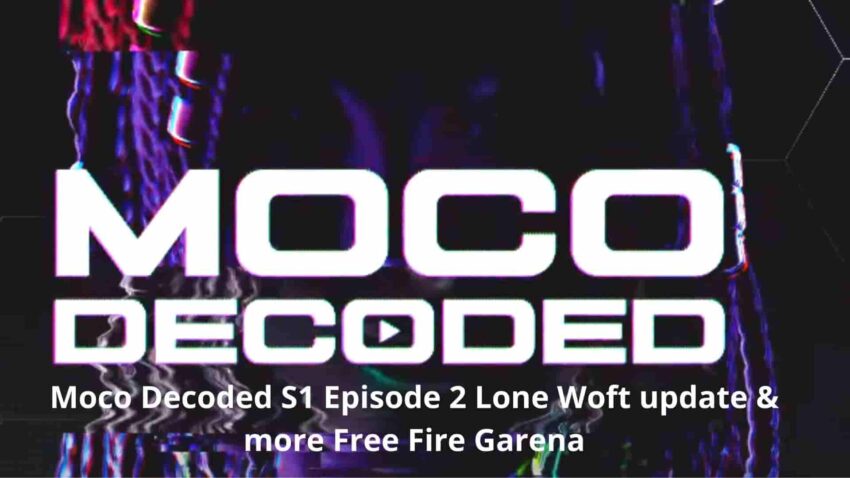 Free Fire Grana is an online multiplayer battle royale game, it is the most downloaded game on Android and iOS. The game of 2019 shows its popularity. And got the award of “Best Popular Vote Game” by Google. Moco Decoded S1 Episode 2 Lone Woft update & more.

The new update Free Fire Garena by Devs has been. kept under the wraps, courtesy of moco.

A humming girl looks at her pc and speaks. Didn’t we see any designer’s notes about Lone Wolf?

Then he’s on his gun picker

Then she says, both sides will turn into a gun picker. And for every 2 rounds, the gun picker will choose a gun from the given gun. And everyone has to use them. You cannot choose the same gun continuously. The grenades & armor will not change.

Choosing a Gun for Opponents? Will enjoy

Then she talks to your robot. And says it is done, you like a sniper, she types something on the puck and says I have something for you. “Let’s keep it a secret,” tells her robot that you shouldn’t see it.

She says that let’s look at that paper again. After all, he is drawing, so Moco Decoded S1 Episode 2 Lone Woft update & more comes to an end. If you want to know more information game then click here: The Gaming Guider