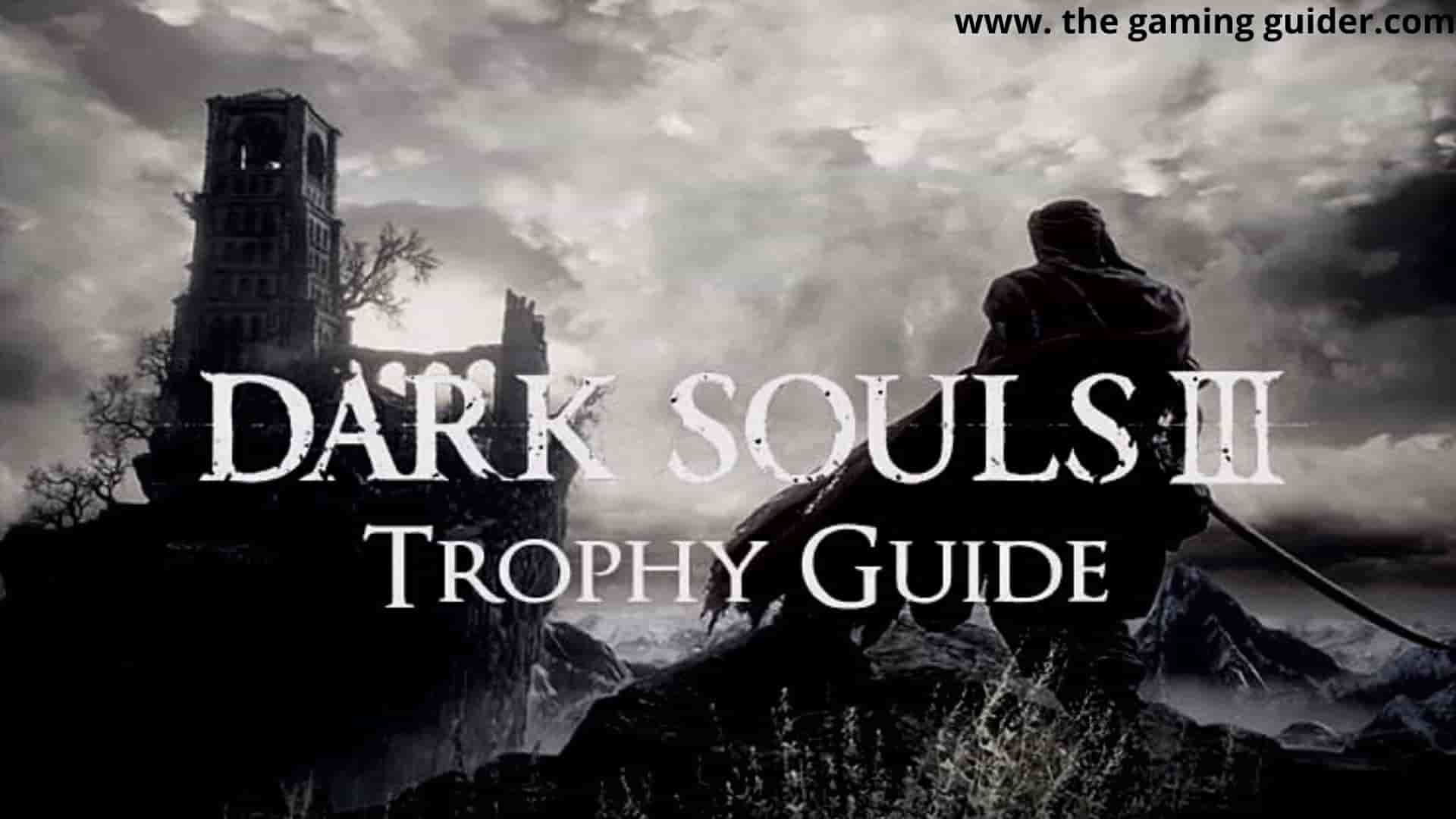 Dark souls III is the 4th and the last series of souls. It is a role-playing game where the gamer needs to find and return the 4 lords of Cinder to the thrones in Firelink Shrine. Here, the player will control the character from a third-person perspective. In the game, the playing section is almost the same as compare to all series. Trophy and Roadmap guide of Dark Soul 3

The trophy and achievement hounds, the dark souls 3 are a challenging game to complete. Here the gamer always needs a companion guide for safe play. That’s why we are here for giving a brief detail about the Trophy and Roadmap guide of Dark Soul 3

If the player needs to achieve the trophy then he/she need to complete all the achievements.

To link the first flam

For unlocking the Dark soul 3 the player needs to end the 3 series by defeating the final boss. After then you have to interact with the bonfire.  If you will not use requirements in the other three endings then your trophy will unlock.

The end of a fire

The Usurpation of fire

In this, you are married to Anri and also get initiate by beating the final boss in the ending. After the fighting, the gamer will interact with the bonfire will get initiate to unlock the trophy.

It is the first lord of cinder you will fight and most likely it can be the first challenge in terms of a boss fight. After defeating the boss, you will get the Catacombs of Carthus.

Lord of Cinder: Yhorm the Giant

Here, the player needs to fight with Yhorm the Giant. It can be more difficult as compared to the fight boss. Moreover, you are not allowed to do any kind of damages. For gaining the trophy the gamer needs to complete two phases and each of them has a different challenge.

It is the 2nd hardest thing which you will face. Here the boss has two phases with one life bar which makes it harder. Here the gamer will get the event to fight with the boss by surrounded by his/her world. If the player will defeat the boss he/she gets the trophy.

For collecting this tropic the gamer has to fight with the boss. The boss has two-phase with two life bars, long-range homing spell attacks, teleporting attacks, and close-range melee attacks. Here, the first phase fight is simple but the second phase fight is quite difficult as the boss gets into spark mode. Through this, you need to make any kind of space between you and your boss for winning the fight.

In this trophy, you need to play actively otherwise it can be missed. Here you need to search everywhere for upgrading weapons to the highest level.

The trophy can be missed if the player will not give all the coals that can be used in infuse weapons. Here you can use only normal weapons and the weapons of the boss cannot be used.

For this trophy, you have to collect 34 unique sorceries. You can purchase the spells or give Orbeck of Vinheim in different scroll to unlock the spells. If you want to know more spells then check the dark souls 3 trophy guide and roadmap on the gaming section.

The gamer needs to collect 27 unique pyromancies and they can be purchased or found in the world. Here the thing always works as give and take process.

This trophy needs 35 unique miracles which you need to collect. As you will move forward you need to search for them and acquire them at the time.

In the entire game, 107 types of the ring, and each of them found in a different cycle. The rings can be gain by beating your enemies one by one or found in the world.

For requiring the trophy you need to obtain 33 gestures. Here the gestures are linked with certain covenants and some can be found in the world or enemies.

To obtain this trophy the gamer needs to Undead Bone shards that can be found in the world of Dark Souls 3 There are 10 shards and the gamer need to burn them in a bonfire to increase its intensity.

You need to find a total of 11 estus and bring them to Andre Blacksmith at Firelink Shrine. Through this, he will upgrade all allotments.

First of all, you need to find Emma high priestess of Lothric Castle. The gamer needs to make good communication with Emma which helps in getting the small Lothric banner and give instruction to a collapsed bridge. This will unlock the trophy.

One can easily lose this trophy if they will not interact with Horace the Hushed. You need to help Anri in the storyline, which can easier for unlocking trophy.

Covenant: Blade of the Darkmoon

The trophy is tied with the questline and it can be missed. First of all, you need to find the Darkmoon loyalty gesture that has a questline. With the help of the questline, the gamer will obtain the trophy. If you are facing a problem in finding the quest then the dark souls 3 trophy guide will help you.

If you want this trophy then join Rosaria’s covenant in the top section. After this try to access the rafters and get back to Rosaria. Moreover, the gamer can also get the red sign by defeating the enemy. This will access the trophy.

From all covenants, this one can be easily missed. Here you will get two chances to join. In the first chance the gamer will reach the Undead Settlement and in the second chance, the gamer needs to talk and meet with Hodrick. After that fight with the boss and defeat the enemies which will obtain a trophy.

For this, you need to make a good interaction with Old Wolf of Farron. If you will join the covenant then the trophy can easily access.

To get this trophy the player needs to enter into the Irithyll of Boreal Valley. Several strategies can be used for obtaining the trophy.

This is located behind the illusory wall. You have to fight with Oceiros the Consumed King.  After this, you will access to gain the trophy.

First of all, you have to get the path of dragon gesture after the boss fight in the previous section. After this, you need to find a dragon statue and wait for teleports to Archdragon peak. This will help you in earning the trophy.

Thus, these are the trophies of Dark souls 3. Through the above Trophy and Roadmap guide of Dark Soul 3, the player can easily attain the trophies. As we all know, winning a trophy in a game is one of the most important, and with the help of this content, you can get the trophy with minimum time.

If you want to know more information DARK SOULS 3 game then click here: The Gaming Guider