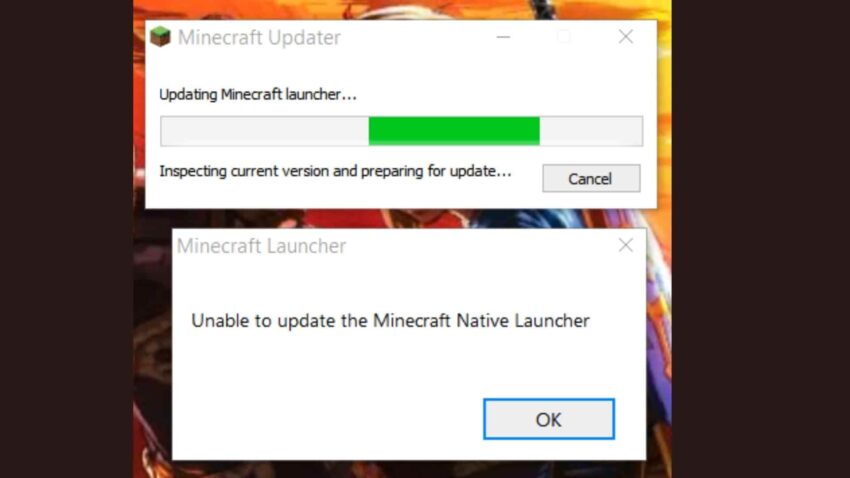 There are lots of folks that like playing Minecraft. Despite the game’s popularity and rich features, many players have complained about an unexpected issue that stops them from upgrading the game on their Windows computers. In addition, the same mistake prohibits the users from enjoying the game without any problems as well. Either after or during the update, users are notified of the error message that appears. After that, the update becomes unresponsive or recursively reloads. It displays a message that – Unable to Update the Minecraft Native Launcher when the update process was halted. If you’re trying to update the Minecraft game via Launcher, you’re likely to run across this problem.

For What Reason Is It Impossible to Update the Native Launcher of Minecraft?

There may be issues in the new Minecraft launcher that directly influence the ability to download content. In addition, a sluggish or poor internet connection hinders the program from fetching the latest versions of the software. Additionally, it’s possible that third-party applications, such as your anti-virus software, block the game from running or abruptly halt the activities.

It’s possible to reinstall the game. Once both shields have been removed, the newest version of the launcher may be downloaded.

Forcing a Minecraft Launcher to Update

To force an update, click “Force update!” in the “Launcher Options” window, then click “Options” next to the username field. Last but not least, click “Done” and log in using your Minecraft username and password to complete the process. Minecraft will begin to update itself automatically.

Why Does the Minecraft Launcher Have a Black Colour Scheme to It?

It’s no secret that with numerous features come many bugs, and Unable to Update Minecraft Native Launcher is one of them. Contact us if you’re having trouble with a game or computer and we’ll do our best to write for you. If you want to know more about Minecraft Games then stay updated with – The Gaming Guider.